Employee Spotlight: In the Kitchen with Nick Hokanson

Let’s see what Nick Hokanson, one of our Customer Success Managers, is cooking today. Read the interview below.

This is part of our Zenput employee cooking blog series.

The Zenput team is full of talented and unique individuals, but there’s one thing that many of us have in common: the ability to cook delicious food! As the quarantine and social distancing guidelines have started becoming the new normal, many of our team members have taken to the kitchen, sharing photos of their creations in our #fun-food channel on Slack.

What’s cooking? Any story behind the recipe?

The recipe I’m sharing is red beans and rice. I lived in Taiwan for 7 years and for 5 of those years I hosted Christmas at my place. Most of the homes in Taiwan did not have ovens or traditional cooking appliances that would typically be used in the States to make a traditional Christmas dinner like turkey, duck, etc, so we had to think of meals that we could cook on the stove. All of my friends had to work on Christmas Day, but I did not and since I knew this dish could feed a lot of people, it became a special Christmas tradition amongst my friends. Now the recipe holds a special place in my heart because of all the memories it brings. 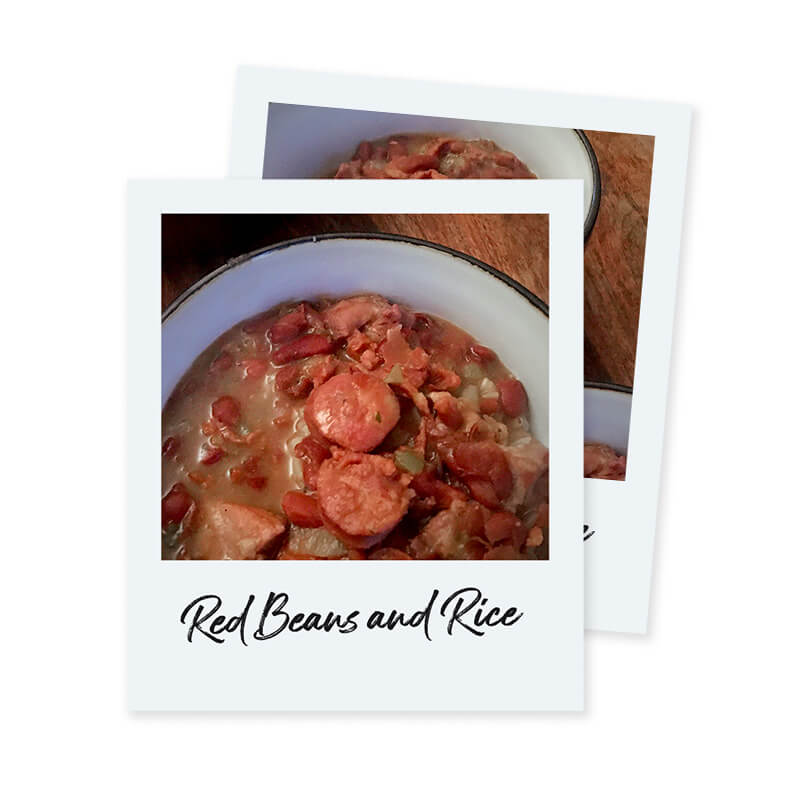 Has the quarantine changed your cooking habits at all? (I.e. do you cook more often/less often?)

I cooked a lot before the quarantine happened, but I think lately I’ve become more intentional with my choice in meals. I’ve been able to plan out what meals I want to cook during the week and create a grocery list so I can limit the number of times I have to go to the grocery store.

I’ve also been able to cook more meals that take a longer time to make, which has been a nice change of pace. I really enjoy cooking and now that I don’t have to commute to and from work anymore, I can just stop working at 5pm and then start cooking at 5:05pm, whereas before I would get home later and then wouldn’t want to cook a meal that took 3 hours to make during the week - it would mostly be one pot wonders or things that took 30 minutes or less to make.

What is one of your favorite cooking tips/tricks/secrets you’d like to leave us with?

Use more butter and more salt than you think is appropriate - it will make your dish taste very very good! Besides that, I am very against cooking utensils that only have one purpose - get something that will have many uses in the kitchen. To that point, I also think you should buy something good once - meaning spend a little more money to buy something that will last a long time versus something cheap that will break and you’ll have to buy again.

Employee Spotlight: In the Kitchen with John Shea

Today we’re highlighting John Shea, our Director of Customer Operations. Check out his recipe below. This is part of our Zenput employee cooking blog...
Image

Employee Spotlight: In the Kitchen with David Mostovoy

Today we’re highlighting David Mostovoy, our Product Marketing Manager. Check out his recipe below. This is part of our Zenput employee cooking blog...
Image

Employee Spotlight: In the Kitchen with Haroun Serang

Today we’re in the kitchen with Haroun Serang, our Senior Architect on the Engineering team! Read below to see what recipe he’s sharing. This is part...