Zenput Adopted by Taco Bell Across 5,000+ Corporate and Franchisee Locations

2022 marks 60 years since the first Taco Bell Restaurant opened its doors in Downey, California. While much has changed since then, change is something that Taco Bell takes on with open arms and something that its customers have come to expect and love about the brand.

Vladik Rhikter, Zenput CEO, also shared his excitement in the recent announcement. “For leading operators like Taco Bell, success depends on maintaining standards and ensuring positive and safe guest experiences. Having Taco Bell corporate and select Taco Bell franchisees using Zenput not only strengthens that relationship, it compounds the benefits of the platform - to work separately yet together in their goal to continually improve operations.”

How Taco Bell’s top franchisees use the Zenput platform

DRG is a Taco Bell franchisee with over 200 restaurants in California, Nevada, and the Kansas City area. DRG’s biggest claim-to-fame is the beachfront, surfer-friendly Taco Bell Cantina, often referred to as the most beautiful Taco Bell in the world. 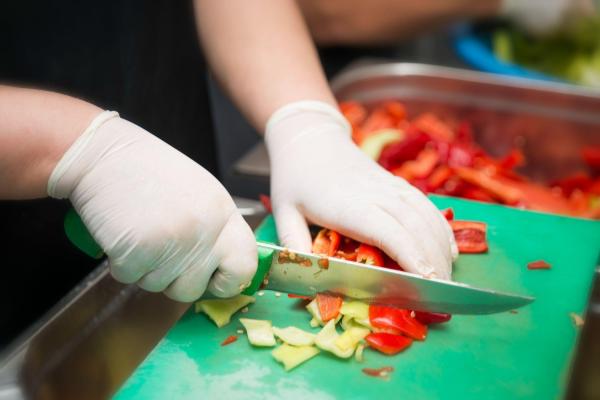 Stan Martin,  Director of Operations at Southern Multifoods, knew the importance of having a tool that the team would easily adopt, and enjoy using. "The team likes it, the crew likes it. The managers think (Zenput) is a great tool. It helps them manage their day more effectively. The above store leaders like it because they know what's going on up to the minute in the restaurants." - Stan Martin,  Director of Operations, Southern Multifoods.

Restaurant general managers and Taco Bell team members use Zenput on tablets to complete tasks throughout the day, including daily food safety checklists, sanitization procedures, manager daily walks, audits, new product roll-outs, and a range of other work to ensure brand standards are met. Area coaches then access Zenput from anywhere through an app on their phones to make sure work is being performed correctly and to focus their attention where it’s needed most.

In these past 60 years, Taco Bell has shown its commitment to Living Más. and inspiring others to do the same. By adopting Zenput, Taco Bell continues to drive operational excellence across its organization. With its menu innovation outside of the traditional fast-food hamburger model, the brand has stayed restlessly creative these past 60 years, chasing every challenge, disrupting the industry, and fueling fan passions in the pursuit of Living Más. For more information, read the full press release here. New from Zenput: Use Allergen Labels to Protect and Inform Customers

In the United States, 32 million Americans have food allergens – one in every ten adults and one in every 13 children – has some form of a food...
Image When multi-unit operators want to improve their “operations execution,” they typically look to make a meaningful impact in two critical areas: Labor...
Image With dozens of locations and hundreds, sometimes thousands of employees, operations leaders constantly face the challenge of effectively and...